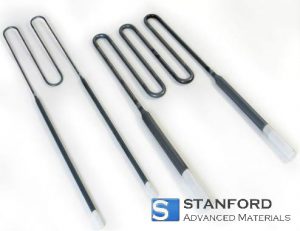 Silicon in the silicon molybdenum rod is a chemical element, its chemical symbol is Si, the atomic number is 14, and the relative atomic mass is 28.09. There are two allotropes of amorphous silicon and crystalline silicon, which belong to metalloids of group IVA on the periodic table. Silicon is an extremely common element, but it rarely occurs in nature in the form of elemental substances but in the form of complex silicates or silica, which widely exists in rocks, gravel, and dust. Silicon is the eighth most abundant resource in the universe. In the Earth’s crust, silicon is the second most abundant element, making up 25.7% of the total mass of the Earth’s crust, second only to oxygen (49.4%).