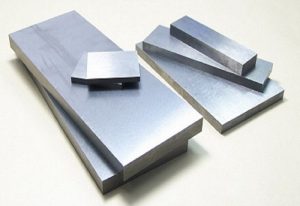 As an ally of steel, molybdenum, along with nickel and chromium, is used as an alloying element to reduce brittle changes that often occur in alloy steel during heat treatment. It is calculated that molybdenum has twice the capacity of tungsten so that 18% of steels containing tungsten can be replaced by 9% of steels containing molybdenum (with the addition of chromium and vanadium), which greatly reduces the production cost of steel. The function of molybdenum in stainless steel is to improve corrosion resistance, high-temperature strength, and weldability, and it can be seen that molybdenum plays an extraordinary role in the steel industry.

Molybdenum has very low steam under the temperature and pressure of the vacuum furnace so the molybdenum parts have the least pollution to the workpiece or working material in the furnace, and its evaporation loss certainly does not limit the service life of high-temperature molybdenum parts such as heating elements and heat shield seals. In the manufacture of glass products, the high-temperature strength of molybdenum makes it the most ideal electrode and processing equipment during rapid heating. Molybdenum is chemically compatible with most glass components and does not cause harmful color effects due to the small amount of molybdenum dissolved in the glass melting groove. As the heating electrode in a glass melting furnace, its life can be up to 3 ~ 5 years.