Skip to content
HomeApplicationApplication of Molybdenum in Petroleum and Chemical Industries

Molybdenum is a silver-white metal that has high hardness, high melting point, and high thermal conductivity. And it does not react with air at room temperature. Due to a variety of advantages, molybdenum and its compounds are widely used in the petroleum and chemical industries. 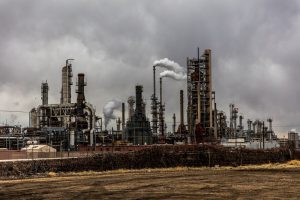 Molybdenum compounds, such as ammonium octamolybdate and calcium molybdate, are not only flame retardants but also smoke suppressing. If combined with inorganic and organic flame retardants, a synergistic effect can be achieved, and the effect of suppressing smoke is better.

Molybdenum dioxide is a good solid lubricant. Its low coefficient of friction and high yield strength allows it to be used in vacuum and in either ultra-high or ultra-low temperature environments. Molybdenum dioxide lubricants are widely used in gas turbines, gears, abrasives and other fields.

Molybdenum compounds are one of the most widely used catalysts and are widely used in chemical, petroleum, plastic, textile and other industries. For example, molybdenum dioxide has anti-sulfur properties and can catalyze the hydrogenation of carbon monoxide to produce alcohols under certain conditions. It is a promising C1 chemical catalyst. Molybdenum is used in combination with cobalt and nickel as a catalyst for petroleum refining pretreatment. Other common molybdenum-containing catalysts are: molybdenum disulfide, molybdenum oxide, molybdate, etc.