Reaction of Molybdenum with Air

Molybdenum is a silver-white metal that is hard and tough. The chemical properties of molybdenum are relatively stable, and it does not react with air or oxygen at room temperature or at a temperature that is not too high. 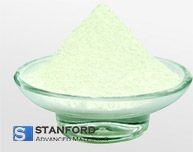 Reaction of Molybdenum with Water

Molybdenum does not react with water at room temperature. When molybdenum is heated to 700~800℃ in water vapor, it starts to form MoO2. When it is further heated, molybdenum dioxide is continuously oxidized to molybdenum trioxide.

Reaction of Molybdenum with Halogen

Halogen elements are the seventh group VIIA, including fluorine (F), chlorine (Cl), bromine (Br), iodine (I), astatine (At), referred to as halogen. These elements are typical non-metal elements, and they can be combined with typical metals or alkali metals to form salts.

Molybdenum reacts directly with fluorine (F2) to form Molybdenum hexafluoride at room temperature, under much milder conditions than chromium (next to molybdenum on the periodic table). MoF6 is a white bulk crystal, mainly used for isotope separation of molybdenum. It can also be used in the microelectronics industry for chemical vapor deposition of molybdenum silicide or molybdenum to make low-resistance, high-melting interconnects.

Molybdenum pentachloride is formed in the reaction between metallic molybdenum and chlorine (Cl2) under carefully controlled conditions. MoCl5 is dark green or gray-black needle-like crystals, deliquescence, and irritating to eyes, skin, mucous membranes and upper respiratory tract. This material is mainly used as a chlorinated catalyst, a component of refractory resins, and can also be used to prepare organometallic compounds such as molybdenum hexacarbonyl.

Stanford Advanced Materials (SAM) is a worldwide Molybdenum supplier that has rich experience in the manufacture and sale of molybdenum products. For more information, please visit https://www.samaterials.com/.