In terms of global consumption structure, molybdenum is indeed an ally of iron. The demand for molybdenum in western developed countries is 80% from steel, including 30% from stainless steel, 30% from low-alloy steel, 10% from drilling and cutting tools, and 10% from cast steel. Another 20% is spent on molybdenum chemicals, molybdenum-based lubricants, and petroleum refining. Typically, the United States consumed 75% of molybdenum in steel production in 1998.

TZM alloy has excellent high strength and comprehensive performance, which is the most widely used molybdenum alloy. In the United States, TZM alloy is used to make the turbine disk of the engine, which accounts for 15% of the total amount of molybdenum.

TZM and TZC molybdenum alloy are better than pure molybdenum in high mechanical properties, and they are widely used in the manufacture of high, mold and various structural parts. Seamless tubes made of molybdenum-rhenium alloy (containing 50%Re) have excellent performance and can be used at the temperature close to its melting point, which is used as the support, ring, gate and other parts of thermocouple sleeve and cathode of the electron tube. 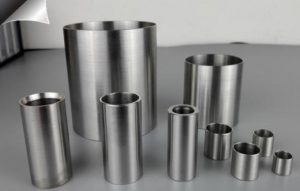 The alloying elements of steel

As the ally of steel, molybdenum, nickel, and chromium are used as alloying elements to reduce the brittleness that often occurs in alloy steels during heat treatment. The United States is leading the way in replacing tungsten with molybdenum in high-speed steel. Molybdenum is calculated to have twice the “power” of tungsten. In this way, 18% of the steel containing tungsten can be replaced by 9% of the steel containing molybdenum (with chromium and vanadium added), greatly reducing the production cost of the steel. The function of molybdenum in stainless steel is to improve corrosion resistance, high strength, and weldability. In short, it can be seen that molybdenum has an extraordinary role in the iron and steel industry.

Molybdenum has a very low vapor pressure under the operating degree and pressure of the vacuum furnace, so the molybdenum parts have the least pollution to the workpiece or working substance in the furnace, and the evaporation loss will certainly not restrict the service life of molybdenum high parts such as heating element and heat insulation package.

Molybdenum oxide formed when molybdenum by contact with oxygen, it sublimated in 800 ℃, and get a yellowish-white “when condensation, which has caused serious engineering problems to give full play to the advantages of molybdenum in high strength and creep resistance. For this purpose, a self-healing silicon-rich coating was used, but the ability of this coating to resist thermal cycling effect was extremely poor. Mo-Si-B composite material with molybdenum disilicide as the matrix has excellent strength and oxidation resistance, but its ductility is very poor, so it is only limited to the production of small batch commercial products.

To reduce the ductility, the composition range of this molybdenum-silicon-boron composite material has been determined recently, which makes it have excellent oxidation resistance and high mechanical properties comparable to TZM alloy. In the composite material, Mo5SiB (T2) was used as the matrix phase and molybdenum as the second phase. The metallic phase improves the ductility of the composites, and the matrix phase can form self-healing beryllium oxide. This is a remarkable achievement for molybdenum alloys.

The second new achievement of molybdenum is the use of an internal liner (militarily known as a cartridge housing) for a filler warhead, which can penetrate and cut to great depths in military and industrial applications. In such devices, the charge around the lining explodes in a controlled manner, causing the lining to deform in a very peculiar way. The deformation causes the lining material to produce rod-shaped fragments (ejectors) with extremely high velocity and tension that can penetrate deeply into the target.

The development of molybdenum-lined cartridge is a new research field. The conventional warhead is lined with copper, but the molybdenum has a sound velocity of 5.12 km/s (copper is 3.94 km/s) and a density of 10.2 g/cm 3 (copper is 8.93 g/cm 3). In order to obtain high – speed coherent jet, the tip must have high sound velocity. The shape design using molybdenum allows the jet tip to travel faster than 12 km/s, compared with less than 10 km/s for copper. The reason for the 20%~25% difference in speed between the two is that the high sound speed increases the energy of the tip, thus leading to the improvement of penetration. Replacing copper with molybdenum would be an important reform in ordnance. 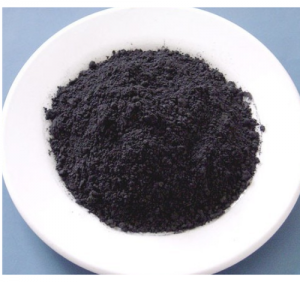 Molybdenum’s third innovation is the manufacture of flat-panel displays. In the electronics industry, active matrix liquid crystal display (LCD) technology is still used in flat-panel displays. But LCDs are in full competition with field-emission displays (FED), electroluminescent displays (EL), plasma display panels (PDP), cathode-ray luminescence displays (CRT) and vacuum fluorescence displays (VFD), which are in various stages of development. In this display process, the display is accomplished by two glass sheets separated by a vacuum. The glass on the back acts as a cathode, on which more than 500 million emitter tips are spread out in an array of field emitters, much less spaced than the pixels on a television screen.

The emitter tips are made of molybdenum and can be controlled individually or in groups when displayed. In view of their wide viewing angles, fast response times, wide tolerance range, and especially low power consumption, they have become a major driving force in the development of panel display technology, together with the trend of requiring clarity, brightness, mobility, and durability.

There is a $10 billion-plus market for display devices. Although the amount of molybdenum deposited on the emitter tip by electron beam evaporation is small, it has a promising future for the development of large screen and high definition television.