All kinds of human tissues contain molybdenum, which is a silver-white metal with a high melting point. Molybdenum is widely used in all works of life. In the metallurgical industry, molybdenum is not only an additive for the production of various alloy steels, but also can be combined with tungsten, nickel, cobalt, zirconium, titanium, vanadium, rhenium and other metals to make an advanced alloy.

Molybdenum is mainly used in the iron and steel industry, most of which are directly used in steelmaking or cast iron after pressing molybdenum oxide, a few of which are melted into molybdenum-iron, molybdenum foil and then used in steelmaking. The content of molybdenum in low alloy steels is no more than 1%, but the consumption of this aspect accounts for about 50% of the total consumption of molybdenum. Adding molybdenum to stainless steel can improve the corrosion resistance of steel while improving the strength and wear resistance of iron. Nickel-based superalloys containing 18% molybdenum have a high melting point, low density, and low thermal expansion coefficient, which are used in the manufacture of various high-temperature components in aviation and aerospace. 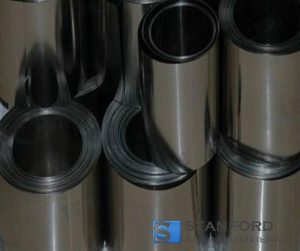 In the chemical industry, molybdenum is mainly used as a lubricant, catalyst, and pigment. Molybdenum disulfide is widely used as an additive to oil and grease due to its laminar crystal structure and surface chemical properties, and good lubrication performance under high temperature and pressure. 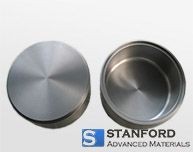